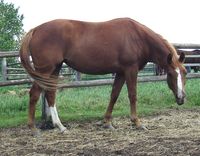 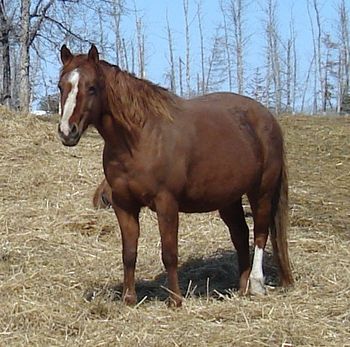 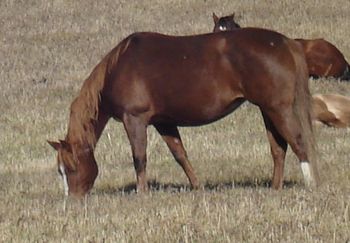 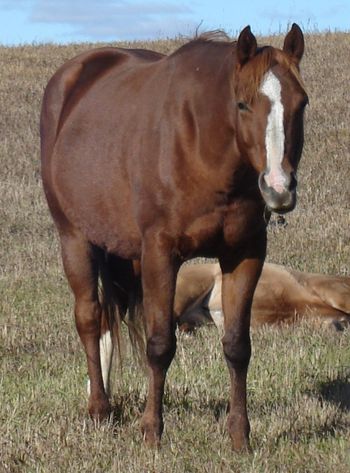 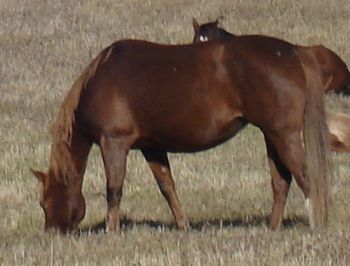 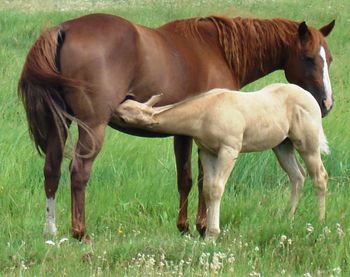 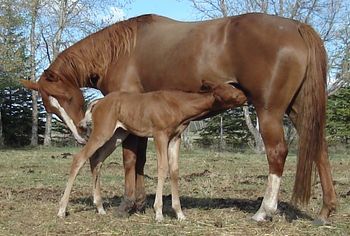 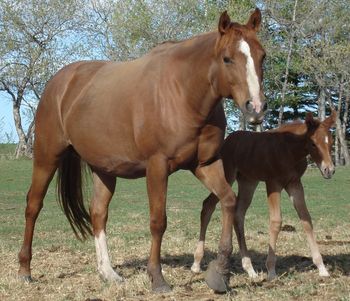 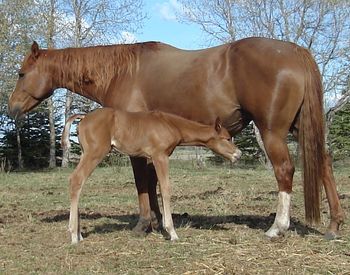 Sally is a wonderful mare with a super easy disposition. She has great presence, very pretty and a no holes pedigree. Her sire has his AQHA Superior in Reining and has points in 6 AQHA events. NU Chex To Cash is a NRHA 2 million Dollar sire. The Royal Jewels has prduced 6 earners. Picaboo Idaho is a NRHA earner. Diggers Rest has his AQHA Superior in Reining LTE: $19,000.00 and OE: $$30,000.00. Zippy Whip has produced 2 earners.

You are visitor number: 375